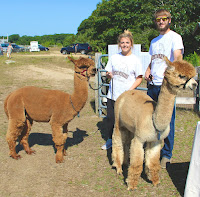 Two friendly island alpacas, with their handlers Elizabeth Kahaly and Jake Martin welcomed more than 250 invited guests as they arrived to gather at Island Alpaca Farm in Oak Bluffs on Sunday morning. It was a beautiful Vineyard summer day and guests gathered under a large tent to support the fourth annual fundraising event for Island Housing Trust (IHT), a nonprofit organization that creates affordable housing on Martha’s Vineyard. 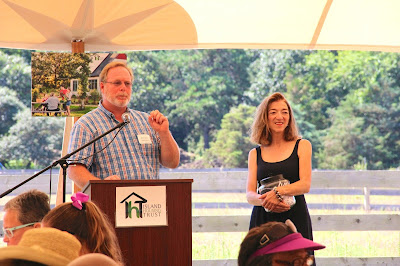 Barbara Ronchetti, owner of Island Alpaca Farm, hosted the event with IHT which included a sumptuous brunch by Patrie Grace with the help of Nisa Webster.  Barbara Ronchetti noted, "I am very pleased to support the important work of the Island Housing Trust. As an island employer, I know just how hard it is for staff to find affordable housing, especially for year-round living. In fact, just this month a key employee here at the farm, on staff for over 3 years, lost her housing and had to move off-island given the severity of the situation. I feel privileged to do my part to help the IHT in its ongoing efforts to help alleviate the problem, which has ramifications island-wide." 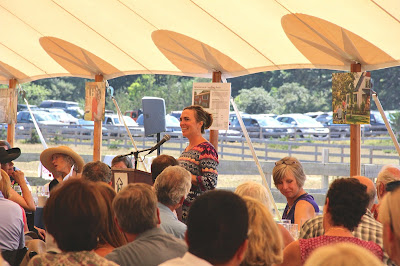 Chrissy Kinsman, a West Tisbury resident and owner of Pie Chicks recounted her own story of how she and husband Drew Kinsman, experienced years of moving season to season, otherwise known as doing the "Vineyard Shuffle", before finding permanent affordable housing through the help of IHT.  "After three years, our names were drawn from a lottery of 300 eligible people." recalled Kinsman.
Richard Leonard, President of IHT and Ted Bayne, a generous contributor, also spoke in support of IHT. 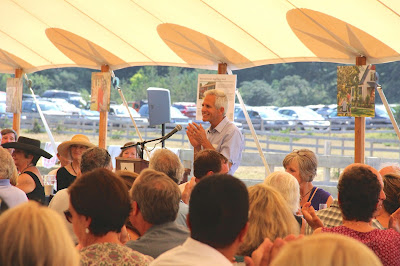 IHT executive director Philippe Jordi told the assembled guests that IHT has developed a multi-faceted approach to creating affordable housing that has produced over 60 affordable homes in its eight years, relying on a model that uses inexpensive long-term land leases, while building affordable energy-efficient homes for sale and for rent. Mr. Jordi emphasized the continuing need for more affordable housing. He said that IHT is now working on 15 units and has set a goal of 100 homes by the end of 2015. 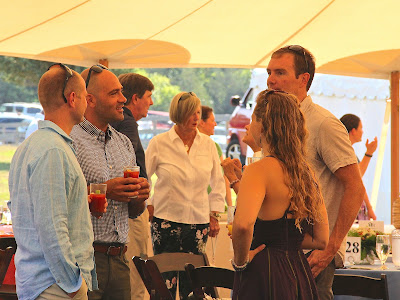 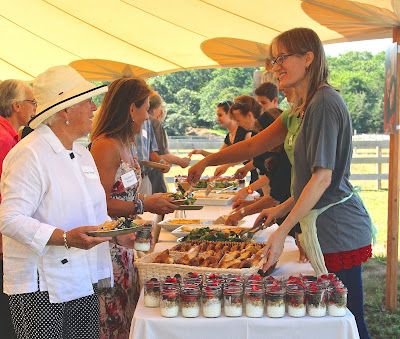 These funds will contribute to the creation of permanently affordable workforce housing on the Island, and will help IHT realize their goal of creating 180 affordable homes by 2020. Creation of these homes benefits the Island community as a whole by providing stable, quality housing to the people who make up the backbone of our community: teachers, hospital workers, Steamship Authority employees, police officers, and local business owners. To make a donation call or visit the IHT Website: IHTMV.org, or call 508-693-1117 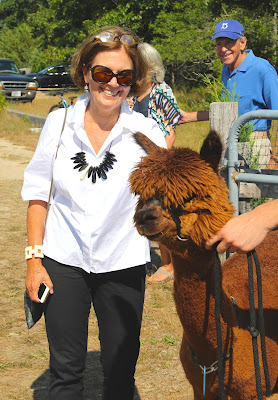 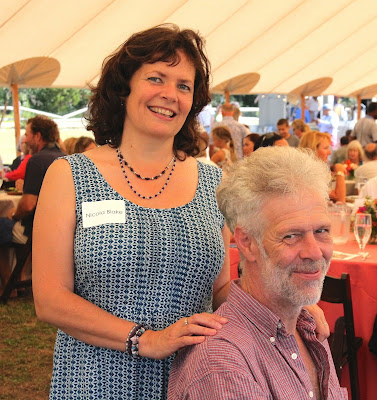 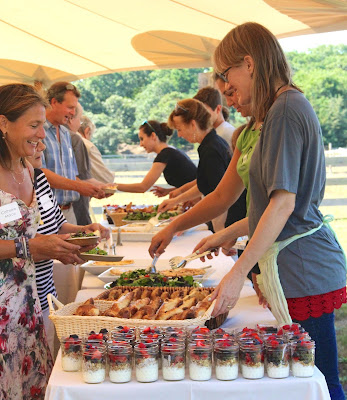 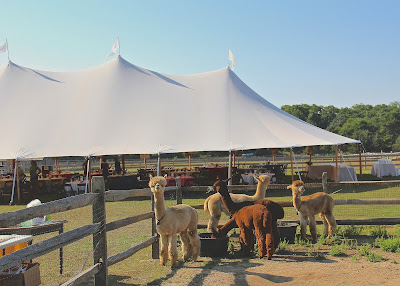 Posted by Island Alpaca Co. of Martha's Vineyard at 6:11 AM No comments:

Ashleigh Plante and David Hannon with Island Alpaca Silver Angel and Angelina in tow, make a road trip to hopefully return to bring some new genetics in the herd! Thank you to all of the helpful people who assisted us in Woods Hole when our vehicle would not re-start!  We appreciate the much welcomed shady area at the Woods Hole Historic Museum that such a kind staff provided to us while we awaited our mini-van repair! Many thanks also to all of the folks at Precision Auto in Falmouth (and the anonymous passerby that recommended them), for the speedy repair!)

Ashleigh Plante and David Hannon will also attend seminar conducted by Dr. Dewitt on emergency medical care, and a visit to a fiber mill offering a program on fleece and fiber. 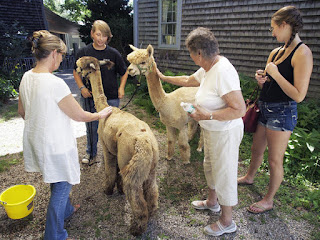 Posted by Island Alpaca Co. of Martha's Vineyard at 5:31 AM No comments: